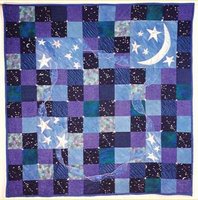 As a child, little did I know that the strains of this song, emanating from the voice of my mother, were actually an inconspicuous entry of Kabir in my life. In the years to follow, this 15th-century poet-seer has remained a constant, always in the background, but permeating the spirit even as unobtrusively as the air around me. The unconstrained Kabir weaved himself in quite easily into the open, boundary-less fabric of our house, forged by two progressive and people-loving grandparents.

At a time when the traditional Indian society was largely conservative when it came to mainstream Hindu and Muslim faiths, Kabir, an unlettered weaver, declared Kashi and Kaaba, the two holiest pilgrimages for the Hindus and Muslims respectively, were actually one, only called by different names. So were Ram and Rahim, Krishna and Karim—Hindu and Islamic deities.

The refrain continued through school, only the wordings changed, like in the case of Ram and Rahim.

You say Ram, they say Rahim
Both are concerned with Allah

The reason Kabir, despite erasing the man-made lines between different religions and sects (he denounces most of them in his songs and couplets or dohas), continues to make his presence felt is precisely because of that. Deep within we all realize we are one, free, unbound. We realize there’s no sense to all the carnage that goes on in the name of religion. We understand organized religion has done more to divide than unify. 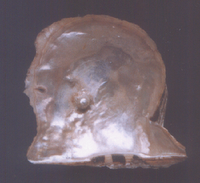 WITHIN this earthen vessel are bowers and groves, and within it is the Creator.
(Translation: Rabindranath Tagore)

This beautiful song about everything being encompassed inside this physical shell of our bodies came to me in my college years. I heard it in a cassette produced by Sahmet, an organization working against communal forces through creative expressions such as song, visual arts, theater, and dance. The rest of the song translates to:
Within this vessel are the seven oceans and the unnumbered stars.
The touchstone and the jewel-appraiser are within;
And within this vessel the Eternal soundeth, and the spring wells up.
Kabîr says: "Listen tome, my Friend! My beloved Lord is within."

I am bursting with love,
Why do I need to be careful?
Being free in the world,
What of the world’s friendship do I need?

The Swan will fly away all alone,
Spectacle of the world will be a mere fair
As the leaf that falls from the tree
Is difficult to find
Who knows where it will fall
Once it is struck with a gust of wind
When life span is complete
Then listening to orders, following others will be over
The messengers of Yama are very strong
It's an entanglement with Yama
Servant Kabir Praises the attributes of the Lord
He finds the Lord soon
Guru will go according to his doings
The disciple according to his.

Yama = The God of death in Hindu mythology.

Email ThisBlogThis!Share to TwitterShare to FacebookShare to Pinterest
Labels: Reflections

Amazing that you write this post on Kabir- he has been on my mind for a long time and a post on him has been brewing up in my mind for quite sometime.

I believe that Kabir has been a most revolutionary person in Indian history- his poetry is so powerful that it breaks free of any impositions of bigortry and classicism.

In music, for example, a number of people have tried to bind his poetry in classical ragas. Any attempt at doing so results in a magically victorious Kabir- he refuses to be chained.

One of my favourite renditions is by Madhup Mudgal, available at MusicIndiaonline.

Bhaswati, this beautiful post of yours is definitely my cue to acquaint myself with Kabir's work...question is, where do I start?

Bhupinder, I could not have said it better than you. You are so right about the musical rendition of Kabir. I have both volumes of Madhup Mudgal's at home--they'are among my favourites, especially "Haman hai ishq." Kumar Gandharva is another singer who did a wonderful job of singing Kabir. What emancipated voice, fearless and free--Kabir's spirit itself.

Lotus, thank you. A great place to start would be the 100 songs of Kabir that Tagore translated. You can read them all here:

Also, if you read Hindi, Kabir's most famous work, Bijak (The Seedling), should be a good read.

Always, learning so much from you, Bhas. And thank you for your smashing comment yesterday.
love as always.

Thank you, Susan. It's a joy to share with you all. I too learn a lot from you.

Thanks so much, Bhaswati. Making a note of the links now - will definitely visit them.

Hi Bhaswati,
It is absolutely wonderful to read a post on Kabir. I remember no other poet who has had so much impact on me. Even my South Asian Dream has been shaped by his Dohas.I absolutely admire his work and his contribution to the syncretic traditions in the subcontinent.I remember a few of his Dohas by heart-
Pothi padhi padhi jag muan
Pandit bhaiya na koi
Dhai akshar pyar ka
Padhe so pandit hoye!

We would be much happier if we could pay attention to Kabir..

Abhay, thanks for your wonderful comment. I can't agree with you more. Isn't Kabir all the more relevant in today's age? The doha you mentioned should become a mantra for our times.

What a great post, I knew very little about Kabir until only recently and your blog has made me learn even more. I actually quoted him in a blog I did recently on caste in India for my blog page The Mustard Seed. The funny thing about that is I posted that blog on Oct. 28, the same day you posted your blog on Kabir, funny how things work out like that huh? I open up my blog with a poem by Kabir on the 28th and you post a blog on Kabir's works on the same day. I came across this post after Bhupinder Sing from a readers words directed me to your site since he thought it would be usefull to me after he read my blog. Keep up the good work I enjoyed your post very much.

Welcome to At Home, Writing, Jack. I visited your blog and must congratulate you on the insightful journal you are writing. The discussions on your blog are all worth reading and engaging in.

Glad you liked my post. Kabir speaks quite eloquently for himself and I can hardly do a better job of disseminating his message. It's great to see how he impacts people across boundaries (geographical, social, religious) to this day.

Thanks for sharing all those Kabir verses...esp for providing the translations...
What a wonderful blog overall.

Thanks for visiting and posting the kind words, Siyaah. I am glad you dropped by; I discovered your wonderful blog, too. What rich collection of poetry!

Excellent writing - Kabir has been a great influence to my personal philosophy for years now. Once excellent album which all Kabir fans should listen to is by Abida Parveen with commentary by Gulzar titled "Abida sings Kabir". Also another one is by Kishori Amonkar "Ghat Ghat Pe Panchi Bolta". Both very different styles of rendition but very very beautiful.

Thanks for reading and for sharing your thoughts on Kabir, Chintan. I haven't yet listened to the album you mention (by Abida Parveen). Kishori Amonkar's Ghat ghat mein...is a masterpiece though.