A while back, I wrote about the timeless appeal of Kabir. What is it that makes any creation timeless? The most obvious answer would be that the creation continues to make an impact long after it’s first created. However, another facet of ageless works is that they continue to hold relevance even when seen outside their original context; they fit into any and every life situation and require no knowledge of the backdrop in which they were created.
I say this as I contemplate on the songs of Hason Raja, a 19th-century mystical poet from Bengal. I first heard the songs some six-seven years back, when my brother brought some audio tapes from a trip to Bangladesh. The songs had a distinct folk identity, marked by earthy tunes and simple, everyday language. A few of them touched me instantly.

I saw my reflection
In your eyes.
You revealed yourself to me
By emerging from within me. 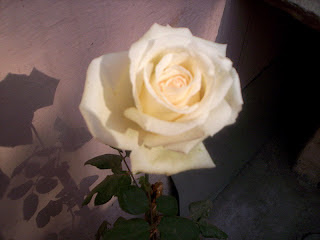 The reason I mentioned context in the beginning of the post is that once I read facts about Hason Raja’s life, I was nearly bowled over. His songs reflected a Sufi-inspired minstrel who spent his life celebrating the oneness of all creation and seeing the divine in everything. On reading about him I found the reverse was true, at least as far as his youth was concerned. Like most members of the affluent community, he spent his youth in the company of dancing women, financial and material indulgence, and much of the symbols associated with the hereditary rich of 19th-century India (Bengal was still a part of undivided India at the time). In his later life, however, he turned away from the material way of life and became mystical inclined. He wrote hundreds of songs using simple language, most of which underscore the undivided nature of all life—an idea that seems increasingly relevant and important.

I cannot fathom
Who you are and who I am.
I fail to see
Any second thing apart from the One.

To listen to songs of Hason Raja, visit this link.

Beautiful poetry. It didn't make as much sense until you explained his belief in oneness.

It's amazing isn't it,Bhas how just in the arts alone, there exists a world of mystery and spectacular challenge.
And then we all share our bits of magic with the other.
Enjoyed this read. :-)

I write poems, essays, short fiction and articles for a largely Muslim audience. Please come by when you have time to read.

Scott, I know what you mean. These words are so simple, they sometimes seem senseless. My inept translation doesn't make things much better either. :P

Susan, you always manage to express yourself so eloquently, even if it is in a small blog comment.

Nuh, Alaikum salaam. Thanks for visiting At Home, Writing and giving me the chance to discover your wonderful blog. I am adding it to my blogroll and hope to visit often. It's definitely of great interest to me.